The City of Postville, Iowa is just one of four communities selected to participate in the Food Waste Reduction Assistance Project for Iowa Rural Communities. As part of the project, both residents and businesses within Postville have access to many free services and supplies that will help prevent and reduce food waste through a Rural Development grant from the United States Department of Agriculture. 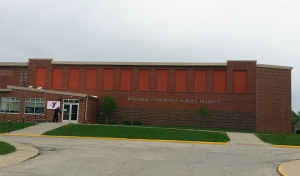 Postville Community School District's (CSD) Food Service Director, Laurie Smith, invited the IWRC to conduct a cafeteria waste audit. The IWRC met with Smith at Postville CSD on April 18, 2017, to conduct a cafeteria waste audit. The audit began by observing food preparation in the kitchen, food storage, and food disposal methods and was followed by a comprehensive waste sort. Kitchen prep waste was weighed and recorded throughout the day and then students got involved as well. During both breakfast and lunch, students separated waste from their tray into six categories and was then weighed and recorded. 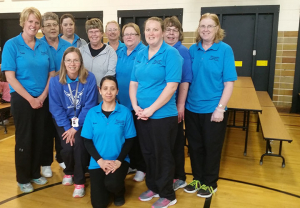 Postville CSD serves only fresh fruit and vegetables and many of these foods need to be prepared before serving to students. While trimmings from the kitchen are typically thrown away and eventually landfilled, at Postville CSD all fruit and vegetable trimmings are diverted from the landfill through a unique partnership with a local farmer who picks up the trimmings to feed cattle. During this particular waste audit pineapple tops and sides, whole oranges, and asparagus trimmings were laid in boxes at the back door for the farmer to pick up. Later in the day, they were gone and some cows were really enjoying their lunch.

A Rural Community Making a Difference 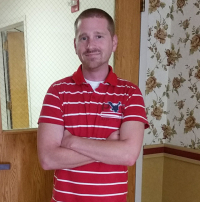 Postville can be proud the school district is diverting food waste from the landfill and utilizing these nutrients to feed animals. Additionally, Postville can also be proud of a local nursing home - The Good Samaritan Society.  Joshua Carr, Director of Dietary Services at the facility took advantage of the free services offered by the IWRC and scheduled a food waste audit, which occurred on August 11, 2017.

The Good Samaritan Society in Postville serves many fresh foods to residents of the facility and generates very little food waste. Even Postville locals bring in freshly grown produce from their own gardens to serve. During the morning of the waste audit, many fresh cucumbers were donated to prepare and serve to the residents of the Good Samaritan Society. Later in the day, a creamy fresh cucumber salad made with dill was served and enjoyed. You can't get any fresher than that and it's evident the fresh produce is thoroughly appreciated by staff and residents alike. 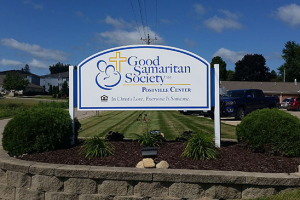 Another way the Good Samaritan Society reduces how much food they send to the landfill is by repurposing food. Leftover blueberries and other fruits are mixed in with muffins and pancakes the following morning. Leftover baked potatoes are turned into French fries while leftover meats are often put into soups and stews. In an interview with the daily cook, it was noted that a cognizant effort is made to prepare just enough food to feed residents without many leftovers. This was evident at the end of breakfast, lunch, and dinner with very little food waste to measure during the waste audit.

Once breakfast, lunch, and dinner were served and eaten, 54 residents of the Good Samaritan Society in Postville threw away 20.4 pounds of food waste on the day of the audit. Daily, this averages to about 0.4 pounds of food waste each resident throws away. In a 2012 report prepared by Business for Social Responsibility for the Grocery Manufacturers Association and the Food Marketing Institute, nursing homes across the country waste an average of 0.6 pounds of food waste per day. This just goes to show the initiatives implemented by the Good Samaritan Society in Postville do make a difference as they waste less food than the national average.

In the kitchen of the Good Samaritan Society, metal and plastic from food packaging are recycled and on the day of the waste audit, there were 1.4 pounds of plastics and 10 pounds of metal cans that were all recycled. Grease is also recycled at the facility. Food waste from the kitchen in the form of prep waste (cucumber peels) and any leftovers that were tossed weighed 17.6 pounds. Yearly, this can be extrapolated to average 6,424 pounds of food waste from the kitchen. Creating community partnerships could be beneficial to divert kitchen prep waste from the landfill, much like the school district has forged. Local farmers may be interested in picking up fruit and vegetable trimmings to feed cattle.

Partnerships to Learn From