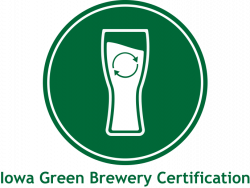 You can’t make beer without water...lots of water. Whether it be sanitizing the brew kettles or flushing the toilets in the bathrooms, water is used almost everywhere you look in a brewery. We have created a checklist that looks at how water is being conserved, minimizing the amount of wastewater generated, as well as making sure the wastewater that is generated is not harmful to the environment.