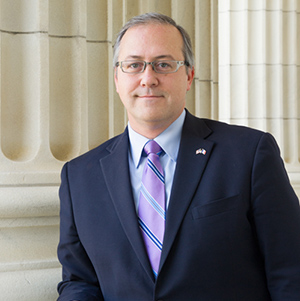 As a sixth generation Iowan, Congressman David Young’s roots run deep in the Hawkeye State. His family emigrated from Germany and was drawn to America by the promise of freedom, liberty, and by the endless opportunity available to anyone who works hard. The grandson of a tenant farmer and a preacher who built a church in Laurel, David learned early Iowa values and what it means to have an Iowa work ethic.

As Iowa’s only representative on the House or Senate Appropriations Committee, David works to be a diligent watchdog of Iowans’ hard-earned tax dollars. Bringing some Iowa common sense to Washington is part of his mission to make government more efficient, effective, and accountable. He also serves on three Appropriations Subcommittees: Agriculture; Transportation, Housing, and Urban Development; and Financial Services.

Growing up in Van Meter, he played little league baseball and was a paperboy in town. Eventually, his family moved to Johnston and he worked summers at the Iowa State Fair where he developed a taste for pork chops on a stick. After high school, he attended Buena Vista College and eventually went on to graduate from Drake University in 1991 with a Bachelor of Arts degree in English.

Before serving in Congress, David served the people of Iowa as chief of staff to Senator Chuck Grassley for eight years. As chief of staff, he spent every single day working on behalf of Iowans, listening to their concerns, developing solutions, and navigating the federal bureaucracy to get results. Dealing with government should not be hard. Government exists to serve the people, not the other way around.

Like most Iowans, David driven to fix problems. He knows how Washington works and where Washington is failing. He puts his experience to work for Iowans – as their voice in the halls of Congress.