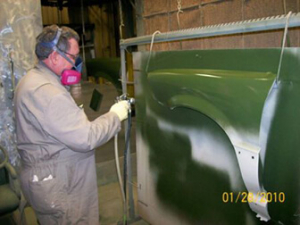 In 2009, the United States Marine Corps decided to host two STAR4D satellite training sites, one of the sites being at Marine Corps Logistics Base Albany in GA. Albany was no stranger to STAR4D as numerous painters attended certification throughout 2008 and 2009. In the matter of just a few months, Albany had the satellite site up and running with its first class held in August of 2009.

Articles and information regarding the STAR4D program at MCLB Albany

For more information about the Marine Corps Logistics Base Albany, visit its website here.