The STAR4D basis goes back to the 1990's with the IWRC's Spray Technique Analysis and Research (STAR) and Painting and Coating Compliance Enhancement (PACE) programs.

STAR began in 1994 and focused on providing private small businesses such as auto body shops and community colleges with a spray training program. The program ran until 2003 and was transferred to 30 sites, mainly community colleges, in 14 states. STAR improved efficiency 25-30% and was able to increase transfer efficiency by an average of 28.5%.

In 1997, Painting and Coating Compliance Enhancement (PACE) began with the focus of providing process training and second step assistance to painting facilities as well as small business assistance providers. Monthly training programs held at the IWRC's PACE facility covered a variety of topics ranging from pretreatment to powder coating. 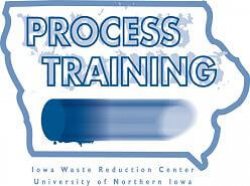 These programs were active in raising awareness of the environmental impact spray painting facilities can have and informing businesses of the significant benefits that can be realized through using correct painting techniques.

Then in 2003, these programs were modified through a partnership between the Iowa Waste Reduction Center and the Defense Logistics' Agency (DLA) to address DoD painting needs through the Spray Technique Analysis and Research for Defense (STAR4D) program.

STAR4D adopted the training concepts and technologies used in the STAR and PACE programs and designed a program to address the unique needs of military painting operations. This program teaches effective spraying of specific components, equipment, vehicles, and surfaces to maximize coating efficiency and minimize environmental pollution. Primary goals of the program are set to identify the concerns of the military refinishing industry and to provide spray technicians with advanced tools and training that will enable them to use less material and improve finish quality.

According to the DLA Memorandum, STAR4D "provides valuable services to military facilities Defense-wide that are engaged in painting and coating operations". STAR4D has been particularly effective in assisting painters at Army National Guard sites in overhauling land vehicles, such as tanks and trucks, documenting potential cost savings achieved through the program, and developing innovative concepts to further improve its painter training program.

By the end of the program's first year, STAR4D had worked with and trained painters from the Air Force, Army, National Guard (Air and Army), and Coast Guard. Aside from training, STAR4D also worked with many equipment and coatings manufacturers to provide performance enhancements through research and development of new tools and technologies.

Right away, one of the goals of STAR4D was to setup painter training facilities at military bases to meet base demands and train large volumes of painters in short amounts of time. Train the Trainer began to form the basis of what is currently known as the satellite site program. One of the initial sites is still part of STAR4D now, the Inter-American Air Forces Academy at Lackland Air Force Base in TX.

In an effort to remain at the forefront of knowledge and training, STAR4D incorporated training tools developed by the Iowa Waste Reduction Center into the program. These tools include the VirtualPaint and a laser training gun.

In 2006, STAR4D made a big change in doubling their facility size from 8,000 square feet to 16,000 and moving offices to a new building. The new addition included new practice facilities, a 3-stage stripping, painting, and curing bay large enough for a HUMVEE, and a two-story classroom. Read more about the expansion in this article from the Waterloo-Cedar Falls Courier. 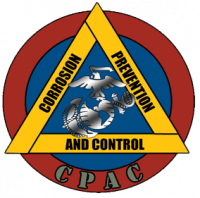 The year 2011 brought a transition to STAR4D. As of March 1, 2011, STAR4D no longer operated under DLA, but the Marine Corps Corrosion and Prevention Control (CPAC). The core of the program remained the same focus in providing painter training to military site personnel to facilitate effective spraying of specific components, equipment, vehicles, and surfaces in efforts to maximize coating efficiency and minimize environmental pollution.