Most people who sit down to drink a beer, tend to only think about the liquid inside their glass.  Not often does the consumer think about waste byproducts of the brewing process in which created the beer they're drinking. The most prominent waste byproduct of beer is spent grain; this is the waste of malt and other adjuncts that are used when creating beer.  After the initial boil of water and malted barley, the liquid, called wort, continues onto the next step of the brewing process while the rest of the “spent” grain gets left behind. 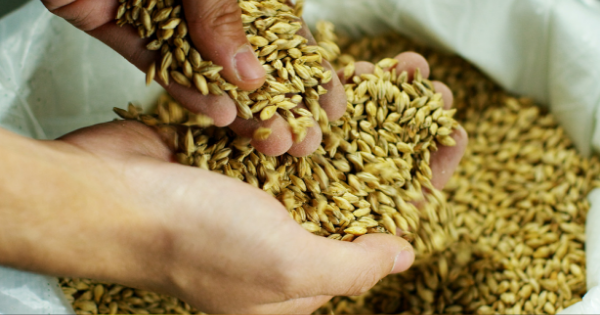 Diverting this spent grain from the landfill is something that all breweries should be doing, and in fact, most already are.  Large breweries such as Sierra Nevada Brewing Co. in Chico, California have dedicated entire operations to these diversion techniques. Sierra Nevada moves their spent grain to holding tanks, where it is eventually metered into trailers and transported to regional farms to be used as cattle feed.  To even further expand their sustainability efforts in this capacity, Sierra Nevada has also implemented practices that cut down on waste before the grain is ever used.  Sierra Nevada owns and operates a rail car transfer facility near their second brewery in Mills River, North Carolina. By transporting their malt in rail cars, they help reduce packaging waste and fuel use that would otherwise be necessary to transport the grain to their facility.

Smaller breweries can also be advocates for spent grain diversion.  Singlespeed Brewing Co. in Waterloo, Iowa produces about 7,000 lbs. of spent grain per week.  They have found ways of integrating this spent grain into food that’s being served in their brewery’s restaurant.  The kitchen staff at Singlespeed repurposes roughly 20 quarts of spent grain a week into crust for their flatbread pizzas, as well as other items being made in their bakery.  Techniques like this not only allow for creativity in the kitchen but also offer an additional way for this grain to be responsibly repurposed.

Diverting and repurposing spent grain is just one of the many things that breweries across the United States have started to implement more regularly.  A lot of creativity can be found in the craft beer industry, and it expands past brewing a new beer. Brewers take pride in producing beer responsibly, and that’s what’s helping push this industry's environmental stewardship even further.