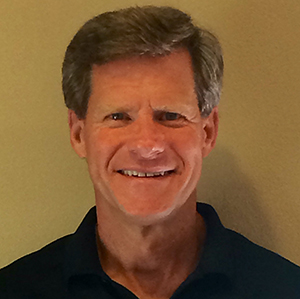 Bryan Sievers descended from German immigrants who settled in eastern Iowa between 1850 and 1873. The current generation of owners and operators of the Sievers’ farm, Bryan and his wife, Lisa, are enthusiastic environmental stewards of the land and pride themselves on using all available resources for their highest and best use. In 2009, this philosophy became the motivation behind implementing the combined heat and power (CHP) anaerobic digester project. The Sievers were looking to dramatically expand the farm’s beef cattle feedlot but had concerns about any of the expansion’s effects on their carbon footprint and the environment. The solution was a 1 MW CHP system fueled by the methane produced from two 970,000 gallon anaerobic digesters utilizing beef cattle manure and other substrates. AgriReNew, a company created by the Sievers and their partners, Dr. William and Judy Davidson, commissioned their digesters and CHP power plant in 2013. Today, the digesters process over 50,000 gallons per day of cattle manure and other off-site co-feeds in the complete-mix system. The electricity that’s generated, 24 hours per day 7 days per week, is sold to their local service provider, Interstate Power and Light (Alliant Energy). In 2014, AgriReNew received the Agricultural Biogas Project of the Year Award from the American Biogas Council and received the 2014 Iowa Environmental Excellence Award for their anaerobic digester project.

Bryan and Lisa are 1982 graduates of Iowa State University. Bryan received his degree in Agricultural Business while Lisa received her degree in Industrial Administration with an emphasis in Accounting. Bryan and Lisa have two children and five grandchildren.

Bryan’s past experiences include being a 3-year letterman on the Iowa State University baseball team, leadership roles in the Iowa Farm Bureau, serving two terms in the Iowa Legislature (one term in the Iowa House and one term in the Iowa Senate), and is currently serving as Chair of the Iowa Economic Development Authority’s Biomass Conversion committee. This committee is responsible for creating an Action Plan to expand Iowa’s biomass production and processing capacity as part of a comprehensive renewable energy strategy through Governor Kim Reynolds’ Iowa Energy Plan.