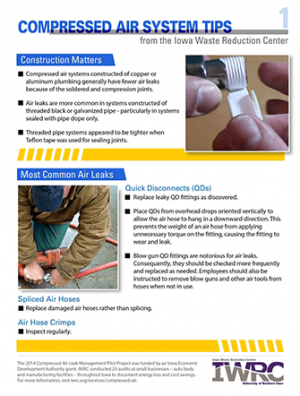 Shutoff valves should be installed on air-operated equipment that tends to leak and/or is used intermittently (example: tire mounting machines). Be sure to instruct employees to use the shutoff valves.

The Compressed Air Leak Pilot Project was funded by a state energy grant from the Iowa Economic Development Authority. The project was completed during a six-month timeframe throughout 2014.