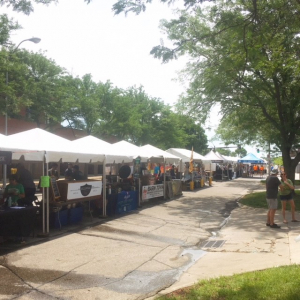 On Saturday, June 16th, we were excited to attend and be a sponsor at the Iowa Craft Brew Festival in Des Moines, IA. This was the 8th annual festival hosted by the Iowa Brewers Guild and despite the high temperatures, the festival was well attended and featured over 70 craft breweries and cideries each pouring two or more brews. 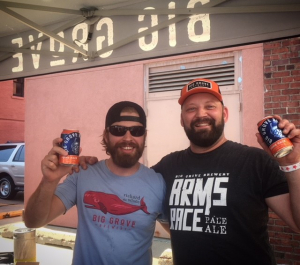 At the end of the day, with votes made for each brewery, we tallied it up and were excited to award Big Grove Brewery as the winner, followed closely by the Cedar Falls SingleSpeed. Big Grove Brewery was one of our recently certified breweries who had gained gold certification a few days before the event.

Many beer lovers approached our table with the question, “What makes a certified green brewery green?” and we were able to share the awesome things our breweries are doing as well as gauge the importance of a “green brew” for consumers. We look forward to adding more breweries to the Iowa Green Brewery Certification and be involved in many more events like this, hopefully with less heat next time.