With more than 7,000 craft breweries across the United States today, it is becoming increasingly difficult to stand out in a crowd that is already so unique.  Aslan Brewing Company in Bellingham, Washington has made some unique strides in their journey of producing craft beer. 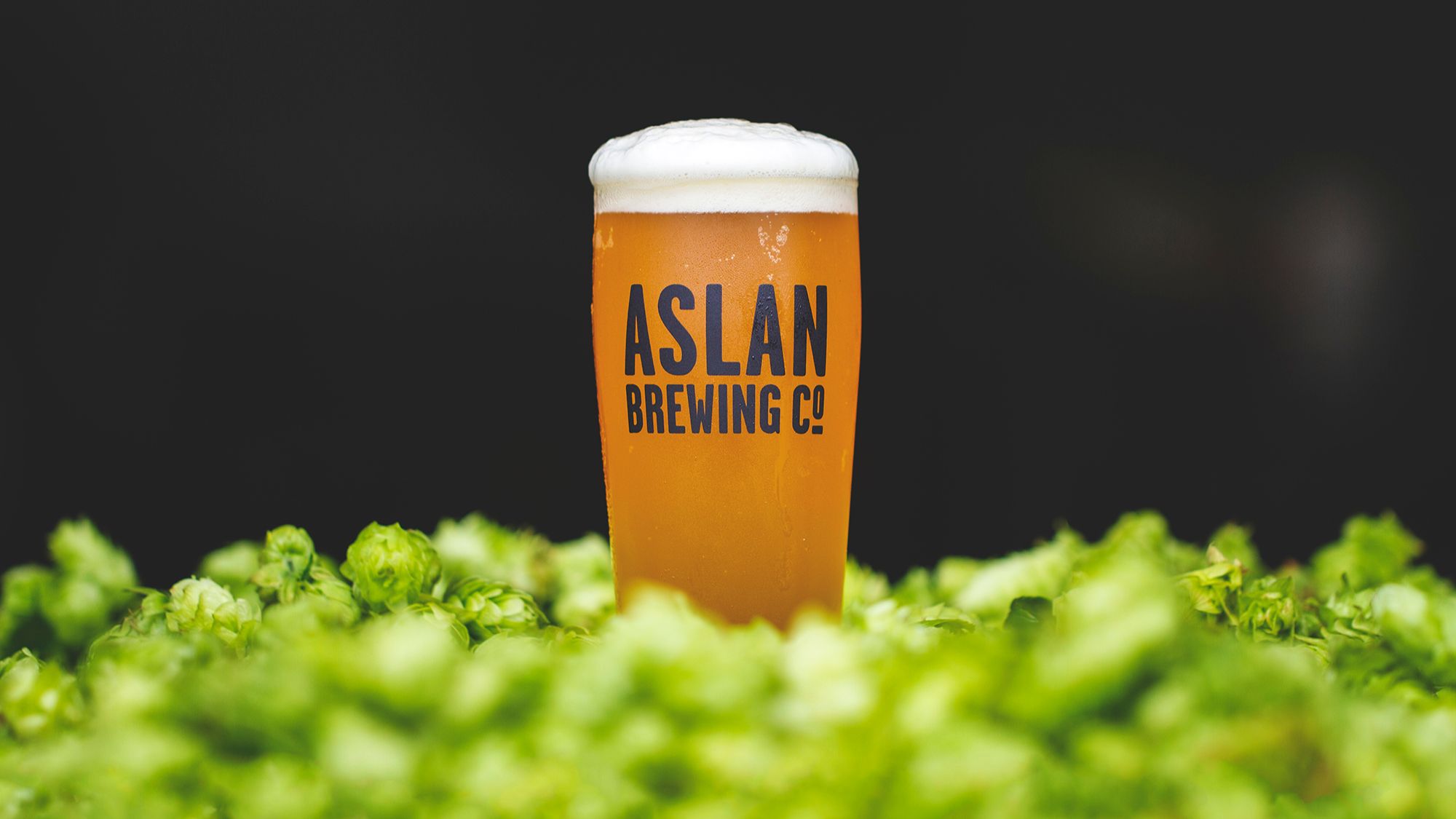 Aslan Brewing Company is a 30 barrel (bbl) brewery in the Pacific Northwest that has taken sustainable initiatives to another level.  Aslan is a Certified B Corporation brewery who produces completely organic craft beer, a commendable operation in the craft brewing industry.

According to Jack Lamb, Owner and CEO of Aslan Brewing Company, their “mission is to produce and distribute world-class organic ales, lagers, and soda pop using local resources, sustainable and low-impact practices, and responsible sales techniques in order to promote a healthier, happier, and more environmentally conscious community.”

As a Certified B Corporation, Aslan Brewing Co is legally required to meet standards higher than those of other corporations.  These practices require corporations to go above and beyond to fulfill the standards that “The B Corporation” has set, hoping to make businesses more productive in numerous categories including social and environmental performance, public transparency, and legal accountability.  To earn this certification, Aslan had to complete a review and inspection process to show that they had met and exceeded both the social and environmental performance standards that had been put in place.

In regards to the beer itself, Aslan has taken the steps necessary to ensure that all ingredients used are certified organic, all cleaning chemicals used are environmentally friendly and low impact, and that they are transparent about their entire process and suppliers being used.  By going above and beyond to ensure that their beer is USDA organic, both the environment and the consumers benefit when an Aslan beer is being consumed.

A few other practices implemented by Aslan Brewing Company include: using locally sourced ingredients in the taproom when possible, harvesting rainwater to use for watering plants at their facilities, and investing in clean, renewable energy with their power provider.

It is important to remember that not all breweries need to implement sustainable practices to the extent that Aslan has in order to have a positive impact on the environment.  Even the smallest implementations are a step towards a commitment to sustainable brewing. Aslan Brewing Company is a great example of a brewery that has made an astounding commitment to brewing beer in ways that they find the most impactful!